Students should not forget their passport, airline ticket, a major credit or debit card, and a sufficient amount of money in cash and travelers checks to cover immediate expenses upon arrival. A few extra passport-type photos may come in handy. This document contains important names and telephone numbers; we recommend that you carry it with you in your carry-on luggage.

It is important that you bring an ample supply of any medicine you frequently use. Take shoes and clothes appropriate for all seasons. Dormitory rooms come completely furnished with such things as furniture, sheets, kitchenware, etc. and you can easily find further items in shops. Clothes dryers do not exit. Thick items, such as sweatshirts, take two to three days to air dry. The dorm has a laundry. Towels and other personal items of hygiene are necessary.

While traveling, keep your passport, cash, and a week’s supply of any vital medication in your carry-on luggage. Although unlikely, it may happen that checked baggage is put on the wrong plane. At check in time, make certain your baggage is labeled inside and out with your final destination: Budapest Semester in Cognitive Science; Eotvos University, Department of History and Philosophy of Science, H-1117 Budapest, Pazmany P. s. 1., Hungary. Phone: (30) 442 9898.

The voltage used in continental Europe is 220 Volts. This renders most American appliances useless unless they are convertible, battery-operated or you have an adapter. In the US, adapters can be bought at every major electricity shop. Note that the outlet geometry is also different. Outlet adapters also exists that switch between the different systems and are available in the US for a few dollars.

Today most general use electronic devices (such as laptops, portable CD players etc.) come equipped with a built-in conversion system between 110/220 Volts (but not between the mechanical outlet geometries). In such a case all you need is the mechanical adapter. In case of doubt students should check their devices and consult the Program staff in advance.

Climate in Budapest is similar to that of other cities with continental weather at similar latitude (e.g. Paris, Vienna, Munich). It can be quite windy near the river Danube (next to the campus).

Note that in Europe, temperature is measured in Centigrade. Zero Centigrade is 32 Fahrenheit and every 10 Centrigrades difference makes another 18 Fahrenheit (i.e. 50 Fahrenheit is 10 Centigrade, 68 F is 20 C, etc).

Hungarian currency is called Hungarian Forint, or Forint (Ft) for short.  As a general rule, students should not carry much Forint in cash, as there are many ATM’s in the city (a few of them directly on the Campus). They also give a very good exchange rate. You can exchange dollars or travelers checks to Forints at the airport, rail station, or any of the hotels or banks in Budapest. There remains a currency black market in Hungary, but there is also a good deal of counterfeit currency in circulation; students are strongly advised not to trade currency with strangers.

Major international cards (in particular, MasterCard and Visa) are accepted at many places, including most restaurants, bookshops, and food stores. Further information is found in the Budapest Users’ Guide. Personal checks, cashier checks, money orders, etc., cannot be readily exchanged. International banking is quite slow. Although you may deposit a personal check at some banks, it may take several months until the check clears. It is a good idea to bring some personal checks along in case you have to mail away for something like a GRE registration.

It is not a good idea to exchange all your money at once. The bank will convert Forints back to dollars but will charge you again for the transaction.

A general information page for medical students can be found here. Further information, such as how to buy a monthly student ticket, how to get a cell phone, etc, are provided in Orientation Week (compulsory for Programme participants).

Not many Hungarians speak foreign languages at all, yet it is possible to get along with English. One is likely to find at least one English-speaking person almost anywhere. A handful of basic Hungarian words will help out in most real-life situations. People tend to be co-operative and friendly towards foreigners.

BSCS students should rely on the choice of available shops and restaurants this respect. Besides, the Dormitory offers a student kitchen in the common area. The Orientation Week gives detailed information about on-Campus student restaurants, nearby supermarkets, food stores, etc. Special needs such as vegetarian, cholesterol-free, or religiously approved (Kosher, Islamic, etc) food is increasingly common in Hungary and should be obtained relatively easily.

Living costs are relatively low in Hungary, by most Western standards. For comparison, an average daily shopping may cost 2000 Forint (10 USD), and dinner in a reasonable city restaurant starts in the same range. A complete lunch in a student restaurant costs  ca. 500 Ft (ca. 3 USD).

To call a telephone number in Budapest from abroad, use international call prefixes. From the United States, you prefix the number with 011-36-1. Dialing 011 summons the international switchboard, 36 is the country code for Hungary, and 1 is the city code for Budapest.

Note the difference in time zones. When it is noon in New York and 9 a.m. in San Francisco, it is 6 p.m. in Hungary. At 6 p.m. in New York, it is midnight in Budapest.

Making a call from Budapest you need to dial 00 for the international switchboard, then the country code (which is 1 for the US and Canada) followed by area code and the telephone number without pauses.

By most standards, Budapest is a safe city, except at a few places and at certain hours. The most typical street crime is theft at a crowded place, and fraud by black market dealers. Common sense is usually sufficient to avoid or to solve such situations. Open threat or unprovoked violence towards strangers is very rare.

The student package (distributed upon arrival) contains Police phone numbers (English operator), as well as further information. Also, students get a Police-issued leaflet in English, which explains the basics of safety in the city, together with the most typical criminal tricks played against tourists and visitors.

In terms of general health risks, Hungary is a safe country on the absolute scale. Each BSCS student is required to have a valid full health insurance that covers all accidents and usual medical treatments for the whole duration of their stay in the Programme. Students arriving without a proper health insurance are required to obtain one at their own costs. The Resident Secretary provides help and advice if necessary. In Emergency or crisis, the Resident Secretary or one of the emergency numbers given in the Student Handbook should be consulted.

BSCS students have free broadband Internet access on university machines on the Campus when it is open. The Campus is open on workdays 7:00 am – 9:00 pm.

The BSCS classroom has currently 12 open nodes with DHCP. Student dormitories usually have open Internet nodes to which an own laptop or PC can be connected by a standard twisted pair Ethernet cable. Some buildings also support wireless connections (standard Wi-Fi). Many students use their own laptop in Budapest.

The University Campus is still in expansion, and relatively poor in terms of sports facilities at the moment. However, basic facilities such as a jogging course, a swimming pool as well as some others are already available and can be visited by student card.

Students with needs beyond this level should use public facilities. Please consult the Programme Chair or the Resident Secretary for details and advice. Budapest is a city which offers virtually all imaginable sports activities, from wall-climbing and skateboarding to paragliding and horse-riding, most of them usually available at low to reasonable costs. Students are advised not to forget about their gears and licences, etc.

BSCS offers its students two weekend excursions included in the tuition fee. A weekend excursion is a two-day (one-night) trip to a scenic and historically relevant place in the country of Hungary.

The destinations of the first excursion are:

The destination of the second excursion are:

BSCS does not offer organized cultural programs in Budapest, but gives help to students (who should move self-confidently in the city after orientation Week) to organise programs on their own. Quality information pages such as http://www.pestimusor.hu/ exist in the Hungarian language, and BSCS staff gives assistance on how to use them.

BSCS students belong to Eötvös University and the University’s rules apply to them. Students are expected to conduct a decent student lifestyle. Resident BSCS staff monitors and helps extracurricular student activities in order to strictly keep this goal.

The University Campus is located within the inner city of Budapest, which has more than 2 million inhabitants. It is important for students to be aware of their share of responsibility to conduct their own life on the Campus and in the city. Improper lifestyle, in particular with respect to the use of alcohol, drugs and delinquency of any kind can not be tolerated in BSCS. Every disciplinary offence will be reported to the student’s home institution.

The most important emergency phone numbers are:

The accommodation offered is usually in one of the regular student dormitories of Eötvös University (simple rooms in good condition). Dorm availability changes annually and dorm allocations may shift. Room choice is limited; student needs are satisfied on a “first come first served” basis.

The 2018 dorm is identical with the dorm of earlier years: 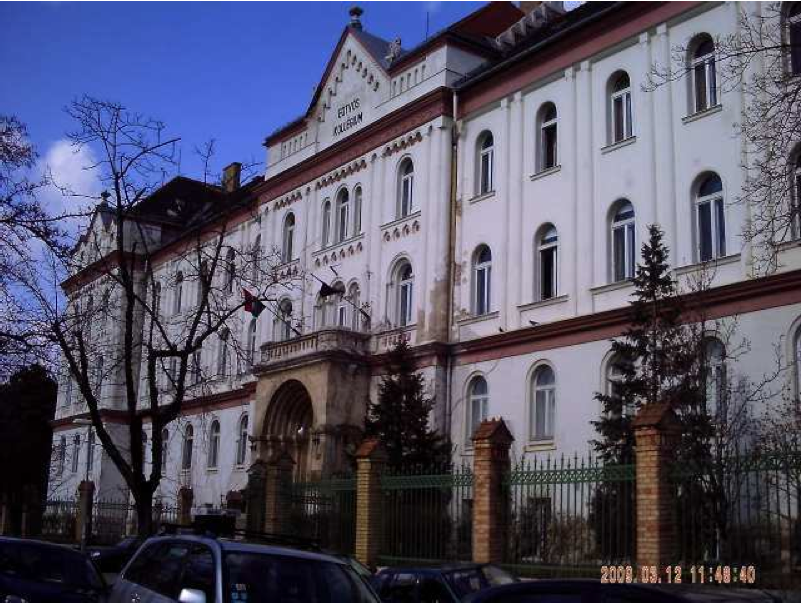 http://hungary.usembassy.gov - US Embassy in Hungary

http://www.studyinhungary.hu/ - A User's Guide to Study in Hungary

http://www.facebook.com/group.php?gid=8121312213 - Specialities of being Hungarian as compiled by a study abroad student.